On November 3, 2016, the Commission for Educational Exchange hosted representatives from 21 U.S. LLM Programs as part of the 2016 EducationUSA LLM Tour. While the main attraction was an evening fair for students and young lawyers, the day began with a trip to Belgian law faculties in Antwerp, Ghent, Liège and Louvain-La-Neuve. We met up in the morning with the representatives of the different American Law Schools at the Central Station in Brussels and got to meet each other over a nice cup of coffee.

I then took my group of representatives to UCL, the university of Louvain-La-Neuve, and being somebody that knew nothing about LLM and it only being the second day of my internship, I was expecting it to be quite difficult. To my surprise and delight it was totally the other way around. The representatives were the nicest people and would answer any and every question I could think of about their jobs within the LLM Programs. 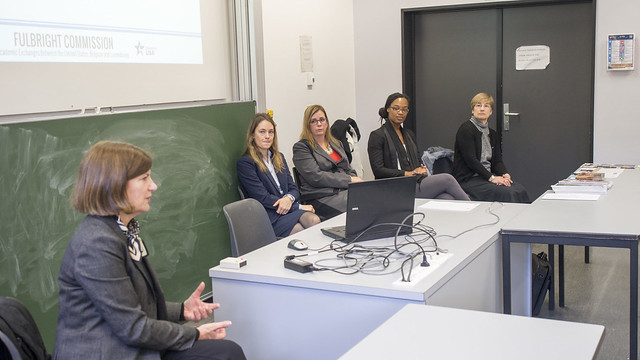 We arrived at the university and saw a large group of students waiting for the panel to start, which made us very happy. The panel went by smoothly and many students stayed around for the mini-LLM Fair organized in Louvain-La-Neuve. It was nice to hear the questions the students had, because they revealed whether the student was just interested in maybe going to the U.S. for an LLM Program or if they had already done thorough research. Many were already sure about going for an LLM though.

We got offered a very nice lunch, and we heard other lunches were even better, and got to talk to the Law professors and their experiences in studying abroad. They also brought in a student, just back from his LLM Program in the U.S., to talk to us about his experiences. After this we hopped on a train back to Brussels and let the representatives have some time off to do some sightseeing or take a nap.

At 5 p.m. we got together again to kick off the LLM Fair, held in the Royal Library. We offered and got offered a nice dinner and helped the representatives prepare for the evening ahead.

Students started to trickle in and at around 7 p.m. the panel started. The panel had the representatives of 5 Law Schools: Vanderbilt Law School, Drexel University Kline School of Law, Loyola Law School L.A., Brooklyn Law School and American University Washington College of Law. 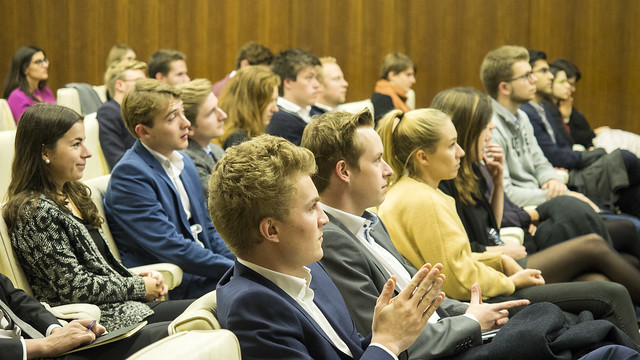 During the panel the representatives talked about the LLM experience, how to choose one, how to apply for one and how to finance it, which involved talking a little bit about Fulbright as well. The students got given the chance to ask more general questions at the end of the panel. 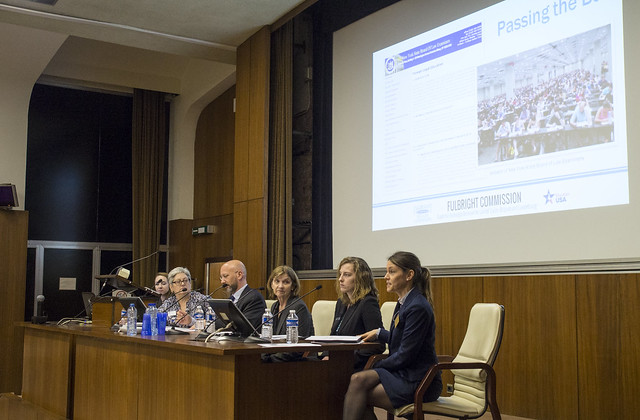 Then time came for the Fair and students could ask questions about everything and anything to their university of choice and many did. 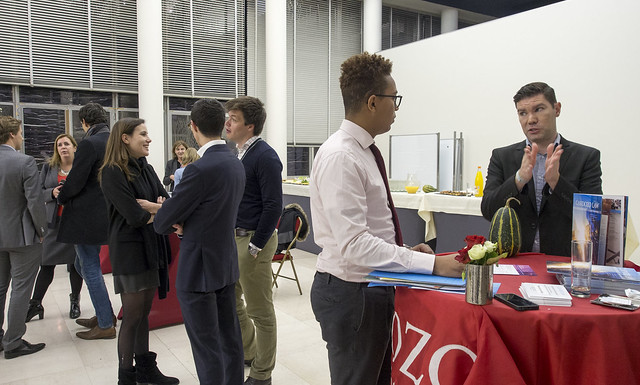 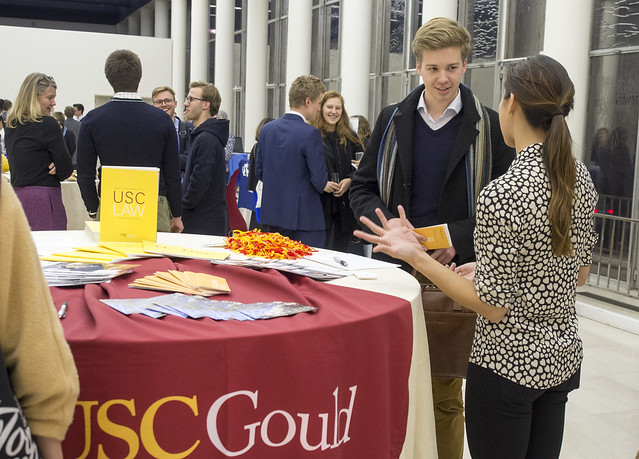 I think I can say that this year’s LLM stop in Brussels was a success and hopefully many Belgian students will be ready to leave for a LLM program in the U.S.!