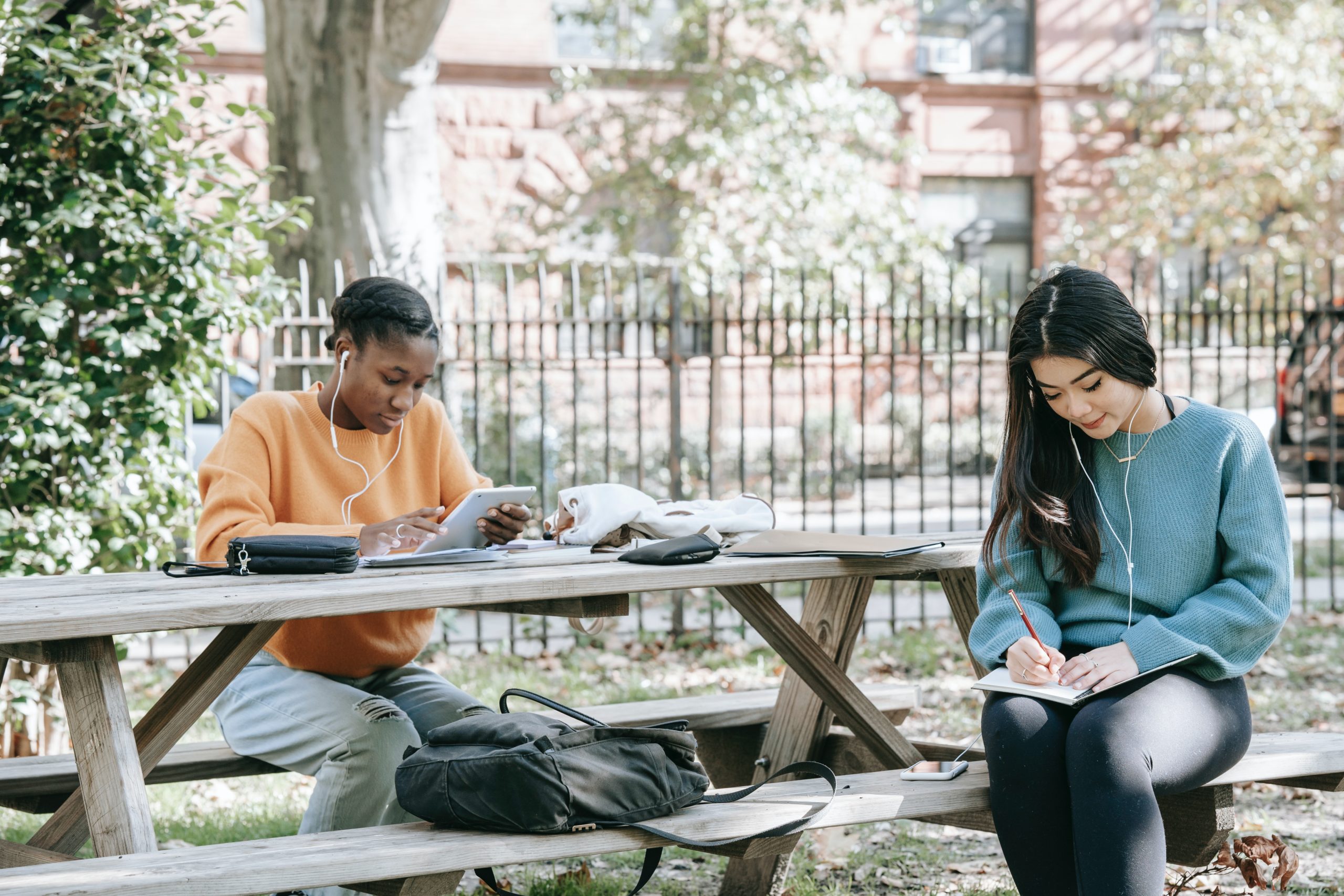 Completely lost. That’s how I would describe most of my college application process. As a seventeen-year-old who considered buying a new pair of jeans a significant financial investment and taking care of a pet fish a high commitment endeavor, college was extremely intimidating. While on paper I understood what it would entail, the actual college experience felt foreign and intangible. When looking at colleges as a prospective student, I could imagine a happy version of myself at each of them- I could adapt to any environment, right?

Just as I was about to resign myself to the idea of spending my college career in perpetual discomfort and self-adjustment, a stroke of serendipity in the form of a book award changed my course. This award is a recruitment strategy, where a college or university grants a book to high schoolers that fit their ideal applicant profile who are in their third year of high school in order to encourage them to apply to their institution. The book I received was Between the World and Me by Ta-Nehsi Coates from a place I hadn’t heard of before called Mount Holyoke College.

Over the weekend, I tore through the book and was blown away by Coates’ elegant writing style. On Monday, I went to the teacher who had given me the award on behalf of Mount Holyoke and asked why I had been selected. She smiled, and told me that Mount Holyoke had asked my high school to award the book to a woman who excelled in leadership, maintained a high GPA, and embodied their values. She told me that she immediately thought of me.

That night, I looked up Mount Holyoke College and fell in love. Founded in 1837, Mount Holyoke is the oldest women’s college in the United States. The college prides itself on its legacy of political progressivism and activism and became inclusive to other gender minorities in 2014. Today, its emblem is of a small desert with a few palm trees: symbolizing the founder’s intention of creating an oasis of learning for students traditionally marginalized from higher education. I stayed up late reading everything I could find, and realized that at Mount Holyoke I wouldn’t need to make myself become a different version of myself, but rather would be become the best version of my current self.

I am now a rising senior at Mount Holyoke and although I did not set out to attend a historically women’s college, I can’t imagine going anywhere else. Over the past several years, I have found academic passions in a Politics major and French minor, a leadership ethos as student body president, and a foundational set of personal values through community and friendships. Although it isn’t without its flaws, Mount Holyoke has lived up to its oasis ideal in many ways in the classroom and in the community.

Whether we recognize it or not, gender plays a significant role in shaping our academic environment. In the classroom, studies indicate that gender influences how a professor grades (grading more harshly or easily), who they choose to call on (more often men), and the guidance they offer to their students (discouraging men from pursuing the arts and women from science and math). Furthermore, a study conducted in college classrooms throughout the United States showed that male students spoke 1.6 times more often than female students and were more likely to speak up without raising their hand. When students were allowed to speak without raising their hand, men spoke 3 times more often than women. In class at Mount Holyoke, I don’t have to argue with the guy who is “just playing devil’s advocate” or worry that my classmates will call me expletives for being outspoken. It is also interesting to note that the same study found that men were more likely to use assertive language and to interrupt others, while women used more apologetic language and were hesitant to speak. Over the course of my time at Mount Holyoke, I have observed myself and my friends dropping qualifiers such as “Sorry if this is a dumb question” or “I don’t know if that made any sense” from our language in the classroom. In a classroom without these factors at play, more attention is devoted to course content.

Attending a historically women’s college offers a respite from sexism outside of the classroom as well. There is a sense of cohesion because the vast majority of students share the experience of being a woman or other gender minority. We all know what it is like to wrestle with traditional gender norms and deal with sexism, while also always keeping an extra hair-tie handy. With that cohesion comes safety. In the United States, it is estimated that 1 out of every 5 women has been the victim of assault by a man in her lifetime. College-aged women are at even higher risk due to risk factors such as increased drug and alcohol use, weaker support networks, and socially acceptable rape culture. However, the data for these statistics comes almost entirely from co-ed institutions and doesn’t match the the significantly lower rates of incidences of sexual assault and gender bias at Mount Holyoke. I don’t need to cover my drink at parties, ask for a buddy when walking home late from the library, or worry about cat calls when passing large groups of people. It wasn’t until I left the Mount Holyoke campus that I realized how revitalizing it was to live without the constant low hum of fear.

Some people have told me that I will leave Mount Holyoke socially inept and disadvantaged because I spent four years in liberal, cisgender man-less bubble – and who could possibly learn without men? To them, I say, perhaps. Or perhaps I will have had four years of breathing room to develop my own strengths that I can carry with me into the places that are the opposite of Mount Holyoke. Perhaps, instead, I no longer need to make myself fit into a space, because I now know how to show up as myself wherever I go.

An intern at the Fulbright Commission in Brussels, Maya Sopory is a rising senior at Mount Holyoke College majoring in Politics with a focus in International Institutions and Governance, and double minoring in French and Law, Public Policy, and Human Rights. The opinions expressed in this article do not reflect the views of the EducationUSA Advising Center or of the U.S. Department of State.

If you or someone you know is a survivor of gender-based violence, you can get support from the Sexual Assault Survivors’ Resources or by calling the National Sexual Assault Hotline at +1 800-656-4673