As an English teacher the Sint-Aloysiuscollege in Diksmuide, I have always been on the look-out to find ways to make my pupils communicate with native speakers. In the course of the years I have surfed a lot on the Internet to find some opportunities. Sometimes I was lucky and found a contact. Very often the contacts were only short-lived. Twice I have been very lucky. One contact brought me a connection with a British and German school with which my school has now a long-running project focusing on WWI. And the other lucky strike brought me into contact with Mr. Brady Olson from the Brandon Valley Middle School in South Dakota. 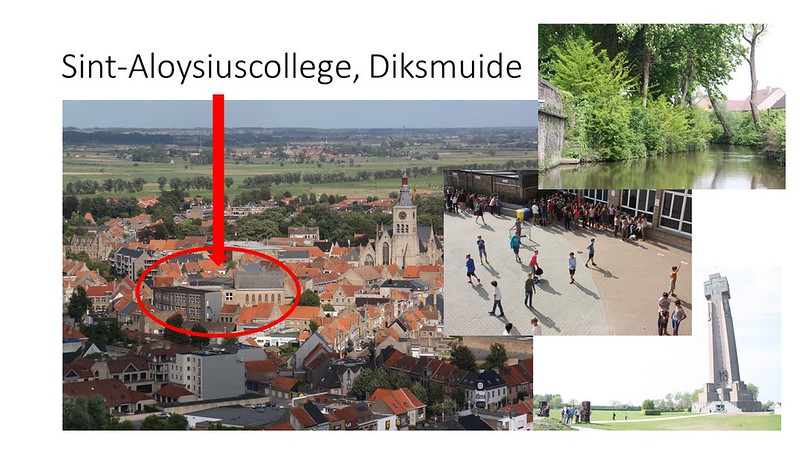 One of the organisations I used was ePals and through this social learning network I met the American teacher Brady Olson in 2010. We wanted to make our students communicate with each other through ePals. Very soon afterwards we started using each other’s regular email addresses because we both checked these inboxes more frequently than the ePals accounts. At first we exchanged maybe one or two letters per year. But in the mean time we have already tried out quite a lot of different things, although the letter writing remains the bases of our exchanges. We have already sent pictures, started an Instagram account and we have helped with the Food survey of our American partners by involving our connections through European projects like the former Comenius and present Erasmus+. Yet, not all ideas have worked out. One year I wanted to start a newspaper called ‘News of the World’ through our mutual connections worldwide, but the practical organisation went wrong. 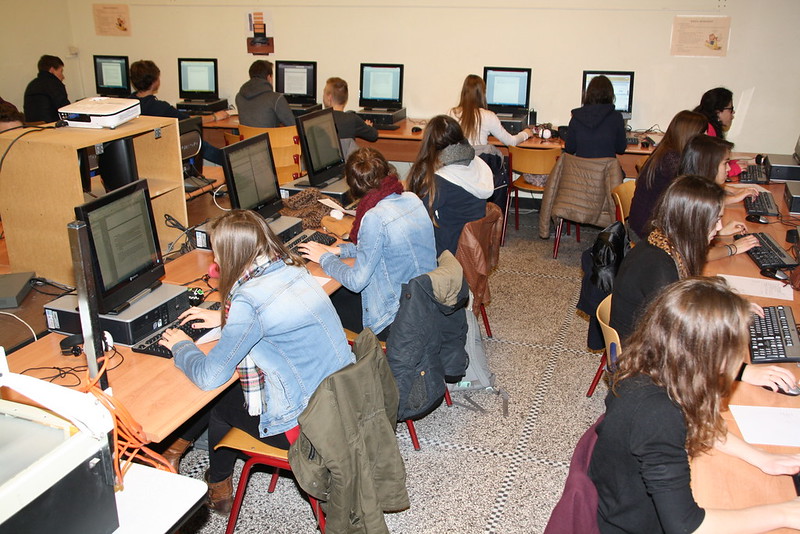 Through the letters we have received an awful lot of information about the USA, the American education system and the Americans. My pupils are always devastated when they hear that youngsters in South Dakota can already drive a car at the age of 14. They start by writing letters, handing them in as tasks, but from the very start I encourage them to use their means of communication. In a very natural way they learn about American life from their American friends and this learning process I try to support by inviting lecturers to our school. Annually we have an American living in Belgium who visits our school to highlight an American topic. He has dwelled upon American literature, the elections, … but the last years he has each time dealt with the American education system because this supports our correspondence and besides it is also part of the text book. 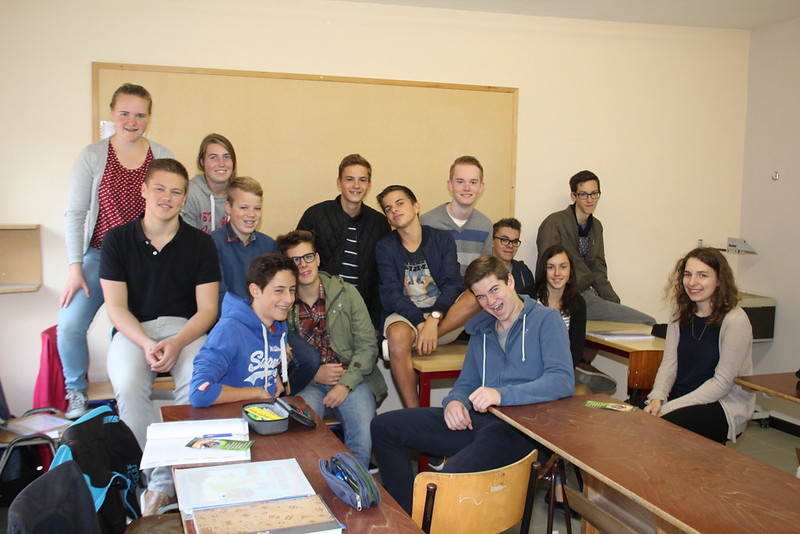 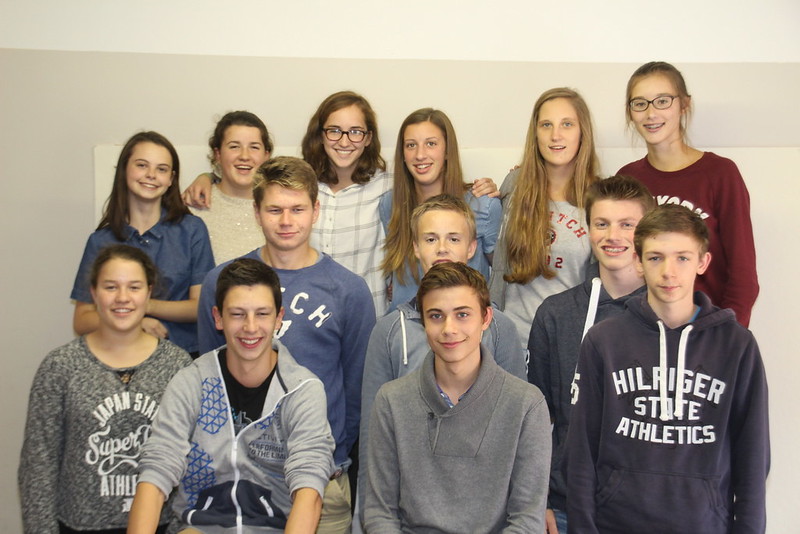 Next to all the educational benefits it also has given me a lot of personal rewards. Whenever I had a question about America, Brady has answered that question extensively. And moreover we have become friends, confiding in each other when things get tough at school and in life. When my father died two years ago now, Brady made his class write notes to support me.

This year we would like to try out something new. The combination of the lecture about the American school system and the letter writing awakened the idea to introduce something American at our school in Diksmuide. Why not introduce a real mascot? Every American school has got it and the pupils are convinced it would empower their team spirit. They have already asked their American friends for advice, but now we still have to try and make it come true. One of the difficulties we will have to tackle is finding a fund to finance our idea.
To be continued …