An Interview with Emma Runacres
By EducationUSA Adviser Elisabeth Bloxam

The American South is known for its hospitality: the friendly, welcoming attitude with which Southerners greet visitors. When Belgian student Emma Runacres traveled to Georgia as the recipient of a 2019 EducationUSA Academy Scholarship, she discovered this Southern hospitality firsthand.

“I would never describe Belgium as a ‘grumpy country’,” Emma was quick to point out, “but they sort of mind their own business. In my visit to the US, people always said ‘hello’ to me to the point [that] I ignored them without knowing, simply because I wasn’t used to it … because in Belgium, that’s pretty unlikely to happen!” 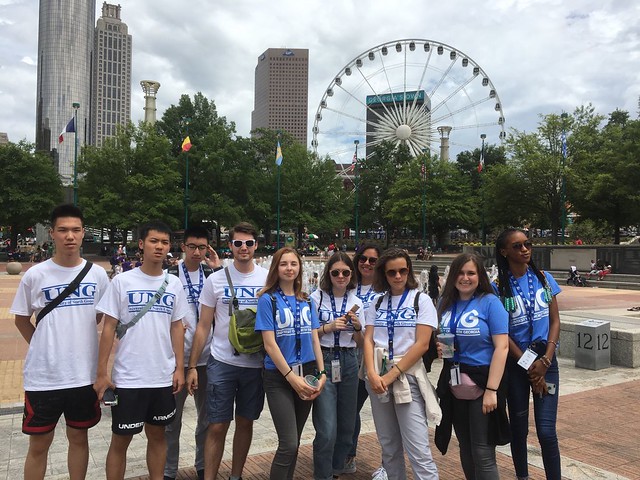 As an EducationUSA Academy Scholar, Emma spent three weeks at the University of North Georgia, which she describes as “a cozy university.”

She was immediately struck by the welcoming nature of the university, from its “cozy” campus to a meeting with the college’s first female president, Dr. Bonita Jacobs. According to Emma, “It’s big and has a lot of buildings, but unlike other universities I’ve seen they don’t have a gigantic block of rooms next to a street. It’s a green and open campus (…) and it was very obvious that they really focused on their students.” 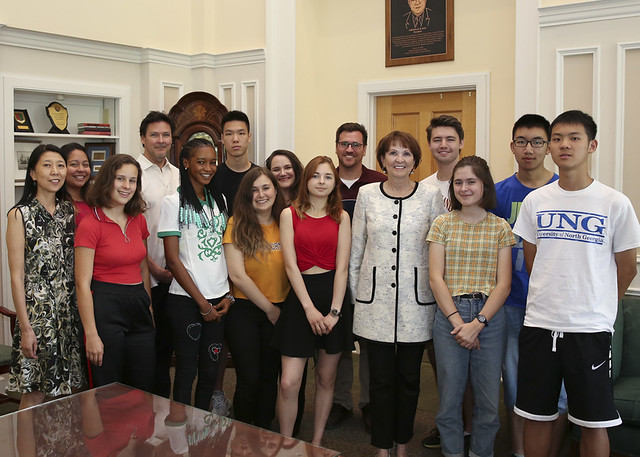 “I took different classes, focusing on listening and speaking, reading and writing, and American Cultures. Some days we had people come in to give lectures on really interesting topics.”

“My favorite class would have to be the Listening & Speaking Class, where we often listened to articles read aloud, and we would then talk about the topic. I thought this was the most interesting because I learnt a lot if things about different topics, but more importantly I learned a lot about the opinions and cultures of my fellow classmates.” 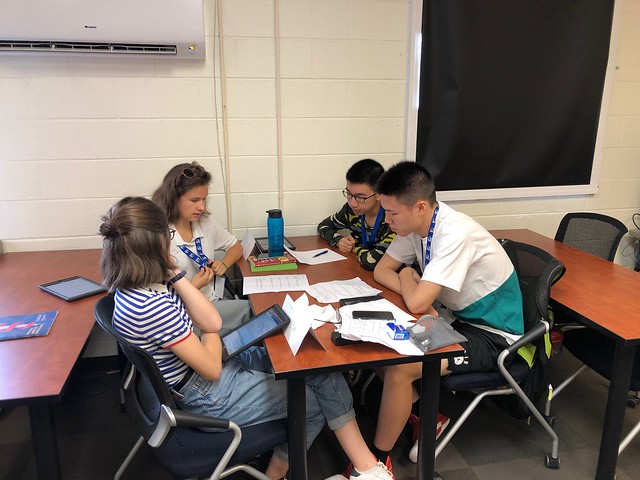 Students in the EducationUSA Academy at UNG spent a lot of time on campus, taking courses and eating in dining halls (where the choice of grape-flavored Fanta at breakfast came as a particular culture shock!), but some of Emma’s favorite memories occurred outside the classroom.

“Outside of class we had a tutor and a counselor with whom we went to the Georgia Aquarium, the river, the common-room to play a lot of card games, and many more!” Field trip destinations included the CNN Center and Olympics Park as well as the campuses of Georgia Tech and Georgia State University, but Emma’s favorite activity was a local hike that turned out to be a surprise for other program participants. “I’m pretty used to the steep mountains, but I learned from Chinese participants that hiking in China is a very different thing, apparently more like walking fast on a paved road. It was very funny because (…) it wasn’t what they expected at all!” 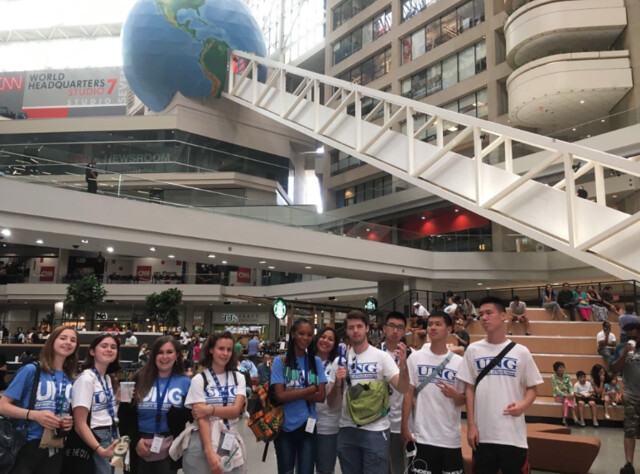 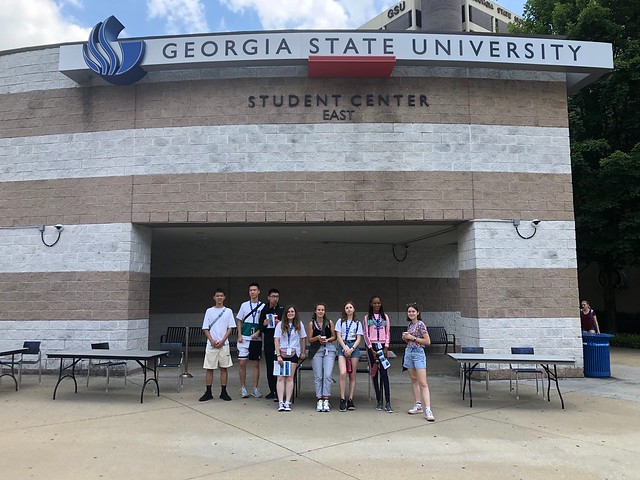 As one of two Belgian students at the University of North Georgia EducationUSA Academy, Emma was responsible for breaking down stereotypes about her home country. Luckily, she said, “the people in America didn’t actually have stereotypes or misconceptions about Belgium, at least not that I heard of.”

“I also had one of my own stereotypes broken,” she admitted. “I always thought and heard that Americans didn’t really know a lot of other countries except for their own – because it’s so big – but they actually knew quite a lot about Belgium, even though it’s so small. That was a strong contrast because I spent the week after America in France (which is a neighboring country!) and somebody asked me if Belgium was a country, and somebody else even asked me if we [use a] different currency. It could have been a coincidence — that I met Americans that were very good at geography and two French people who were not — (… but) I couldn’t help thinking at that moment that Americans that were seven thousand kilometers away from me actually knew more about our country than these two French people.”

While being away from home came with its challenges (like calculating the six-hour time difference in order to FaceTime with family and friends), Emma found a home away from home with her fellow participants. The friendships that she made during her three-week program made the goodbyes difficult. “It’s not very easy to meet a small group of people, talk to mostly them 80% of the time and become quite close during those three weeks … and then say goodbye at the airport and go thousands of kilometers away,” she reflected. 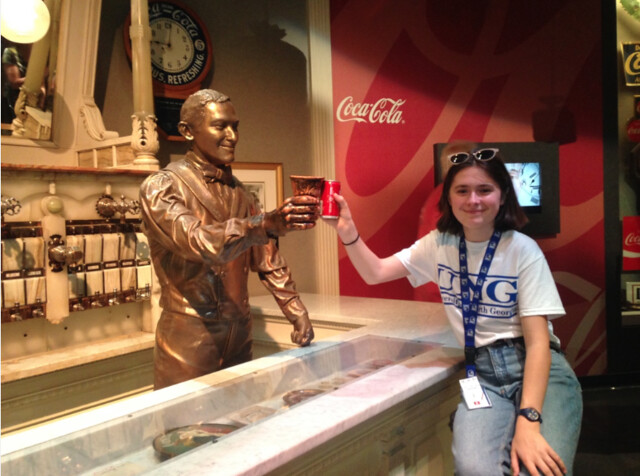 Has a taste of southern hospitality inspired Emma to study in the United States? “Yes, it really has,” she admitted. “I think studying, thus living, in another country always broadens your horizon and perspectives. It’s a cliche, yes, but it does. Meeting other people with different opinions makes you understand the world a little better every time.”